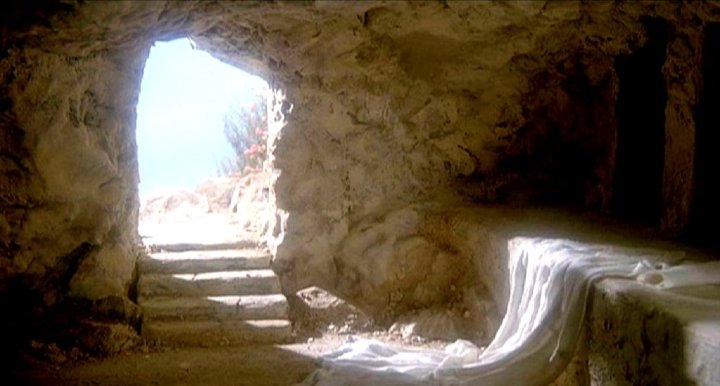 Today is Easter Sunday, the day Christians celebrate the resurrection of Jesus. It may fall on April Fool’s Day this year, but I am convinced that Jesus really is alive today and this is no joke. If the physical resurrection of Jesus was a hoax, it is a sick joke and the whole of the Christian faith collapses. My prayers are worthless, the faith on which I build my life is just wishful thinking. If Jesus is just another a dead martyr, it follows that I am a naive, deluded, gullible fool.

I cannot put my faith and life in the hands of a dead Saviour. The Apostle Paul agrees in first Corinthians 15:

1 Now, brothers and sisters, I want to remind you of the gospel I preached to you, which you received and on which you have taken your stand. 2 By this gospel you are saved, if you hold firmly to the word I preached to you. Otherwise, you have believed in vain.

What Paul is saying is logical: If Jesus did not rise from the dead, faith in the Gospel is meaningless. Death is the end for Christians and nothing follows. We should not entertain false delusions. Our purposeless lives will be snuffed out like a candle and there is no hope of our bodies being raised to life or going to heaven. It’s dust to dust, ashes to ashes. Our religion is false. Martyrs of the faith who suffered horrible deaths died in vain. If Jesus did not rise from the dead, the Christian faith is a mass deception and a sick joke.

Check out the following evidence for yourself and reach your own verdict:

This Resurrection Sunday I am struck with fresh wonder at John’s eye witness account in John 20: 1-18:

20 Early on the first day of the week, while it was still dark, Mary Magdalene went to the tomb and saw that the stone had been removed from the entrance. 2 So she came running to Simon Peter and the other disciple, the one Jesus loved, and said, “They have taken the Lord out of the tomb, and we don’t know where they have put him!”

3 So Peter and the other disciple started for the tomb. 4 Both were running, but the other disciple outran Peter and reached the tomb first. 5 He bent over and looked in at the strips of linen lying there but did not go in. 6 Then Simon Peter came along behind him and went straight into the tomb. He saw the strips of linen lying there, 7 as well as the cloth that had been wrapped around Jesus’ head. The cloth was still lying in its place, separate from the linen. 8 Finally the other disciple, who had reached the tomb first, also went inside. He saw and believed. 9 (They still did not understand from Scripture that Jesus had to rise from the dead.) 10 Then the disciples went back to where they were staying.

11 Now Mary stood outside the tomb crying. As she wept, she bent over to look into the tomb 12 and saw two angels in white, seated where Jesus’ body had been, one at the head and the other at the foot. 13 They asked her, “Woman, why are you crying?”

“They have taken my Lord away,” she said, “and I don’t know where they have put him.” 14 At this, she turned around and saw Jesus standing there, but she did not realize that it was Jesus. 15 He asked her, “Woman, why are you crying? Who is it you are looking for?” Thinking he was the gardener, she said, “Sir, if you have carried him away, tell me where you have put him, and I will get him.”16 Jesus said to her, “Mary.” She turned toward him and cried out in Aramaic, “Rabboni!” (which means “Teacher”). 17 Jesus said, “Do not hold on to me, for I have not yet ascended to the Father. Go instead to my brothers and tell them, ‘I am ascending to my Father and your Father, to my God and your God.’”

18 Mary Magdalene went to the disciples with the news: “I have seen the Lord!” And she told them that he had said these things to her.

Last at the cross, first at the grave

It’s amazing that the first person to see Jesus alive is Mary Magdalene, a woman who had no legal or social standing in Jewish culture. Jesus had freed her from seven demons (Luke 8:2) and restored her sanity. She was so devoted to Jesus that she left her home in Magdala to follow Him and gave her life to support his ministry. She owed Jesus everything. But she wasn’t just a fan of Jesus. She never left his side on his journey from Galilee to Jerusalem. Even when His close friends deserted Jesus, Mary stayed, listening to his trial and sentencing by Pilate. She watched her Saviour die and helped prepare his body for burial. On the first Easter Sunday morning, it was Mary Magdalene who was at the tomb earliest in the morning to witness the greatest event in world history. Imagine her grief as she stood outside the tomb crying (v 11). Imagine her confusion as she saw the ‘gardener’ and asked where he had put the body. Imagine her excitement as she finally recognised Jesus as “Rabboni” and heard his voice calling her to be the first messenger of the good news!

Jesus chose Mary Magdalene to be the first Christian missionary, an unthinkable thing to do in their patriarchal society. After her personal encounter, Mary knew without a doubt that Jesus was alive, and she was bubbling over with joy on her way to spread the good news. Women counted for nothing in this culture, especially a woman who had been crazy and possessed by demons. She wasn’t a leader of Jesus’ followers, just a supporter. Yet, Jesus chose this woman to be the first ambassador of the Gospel, a woman with a mission!

This encounter reminds me that Jesus doesn’t choose us because of our talent, background, strength, goodness, achievements or intelligence. He calls the weak and messed up among us, saving us entirely by his own work, not ours. Mary had personally  experienced redemption and that’s why she loved Jesus so much. That’s why she was the last at the cross and first at the tomb.  I look at my own heart this Easter morning and hope that I experience the same love and devotion for Jesus that I see in Mary. I never want to forget how Jesus has redeemed me and called me by name to be his own.

At first Mary is confused and mistaken about who Jesus is. “Why are you crying? Who is it you are looking for?” Jesus’s questions are full of  tenderness. That is exactly how Jesus deals with us when we stumble with honest doubts and questions. He doesn’t get angry or impatient with us as we grapple with the truth.

Mary has been running around in a panic trying to find Jesus in the wrong places. I think she may have worried that without Jesus she would become the old demon-possessed Mary again. But then Jesus does a remarkable thing.

He comes to her and calls her name, “Mary”. His call is personal and intimate.  Jesus tenderly calls her name and Mary instantly recognises Jesus. Her doubt and confusion  vanishes. As Jesus had predicted earlier, “his sheep follow Him because they know His voice.” (John 10:3-4.)

Is that your experience this Easter? Do you know Jesus personally as Mary did? Do you know his voice? Do you know him as the Saviour who comes to you, clears your mind and comforts your heart? There will be many April fool’s jokes today but this isn’t one of them. Jesus is alive today and very close to us. He wants to be known by us in the same way he knew Mary, Peter, John and his other followers. Read John 14 if you would like to know Jesus in this intimate way. He made extraordinary claims about himself like: “I am the way, the truth and the life. No one comes to the Father except through me.” (John 14:6) He proved that he was not just a moral teacher when he physically rose from the dead. Do not let this season pass by without grasping hold of the person at the centre of Easter–Jesus Christ, the risen Lamb of God, the scapegoat of heaven, the Saviour of the world, the Lord and King of all, the one who calls you by name.

Download and meditate on the incredibly beautiful songs of Andrew Patterson in the Prologue and Volume 1 and 2 of The Resurrection Letters, especially his song “Is He worthy?“. The lyrics will fill you with awe.

One thought on “Jesus’s Resurrection Is No April Fool”